The purpose of NaNoWriMo is to offer a scheduled and structured time for writers to, well, write. The goal is to write a complete novel of 50,000 words in a month. In other words, we’re all supposed to write like Stephen King in November.

That is, to follow the advice King gives in On Writing, and write 1000-2000 words every day. And, yes, that means weekends and holidays too.

But where does that leave us? Are you up for giving NaNoWriMo a shot this year? Because it looks like I am…

Interestingly, I actually used to be the kind of writer that kept up with King’s pace, consistently writing at least 1000 words of fiction every day. Somedays 1000, and somedays much more, when I happened to slip into The Zone.

And then… well, I had kids. My daughter was born, and then my son two years later. I have since struggled to establish a consistent habit of writing. What’s more, in an effort to make a living as a writer, I’ve built a career for myself as a freelance writer. 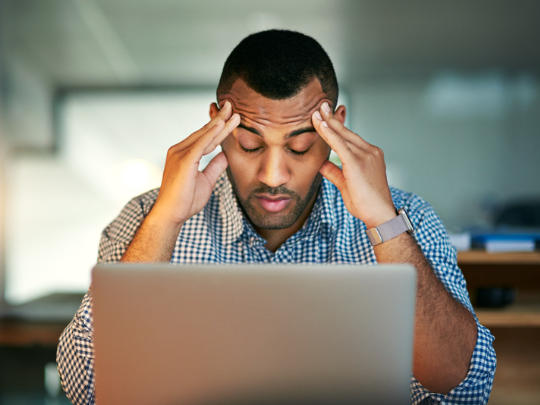 Unfortunately, my freelance ventures take up most of the time and mental bandwidth I have to write these days. Paying gigs always end up being a higher priority than my fiction, although, to be fair, my fiction does make me some money, but let’s not go there–I’d rather not do the math if that’s okay with you. 😉

However, it’s my freelance endeavours that led me here. They have, over the years, afforded me a number of opportunities. When I started, I was mostly a content writer, which is a good place to begin as a new freelance writer trying to build a career, but it’s a lot of work.

And before long, I began to get more editing work, both as an independent freelancer and through various companies like HotGhostWriter (that don’t pay as well as working directly with clients but provide a certain level of consistency).

And, over the years, I began to connect with other writers, even make some friends, which is fantastic. When you spend most days alone in a room with your computer, you don’t meet a lot of people.

And thus, I find myself here, writing content again. Only, this time it’s for MK Editing, a company I have a part in building, and a stake in its success. It is my sincerest wish that the content I write for MK Editing will be interesting enough to make the company a mainstay in the writing community.

So, here we go. NaNoWriMo. Care to follow along?

Wait, back up a minute; what exactly is NaNoWriMo?

These days, NaNoWriMo is a non-profit company that hosts groups of writers all over the world. It’s been at the center of a massive community, online and off, since its inception in 1999.

Each year, NaNoWriMo proposes a simple challenge: write 50,000 words in a month. If you do the math, that comes out to 1667 words a day, assuming you don’t take any days off and write on the weekends.

The idea is to turn the normally lonesome (although not necessarily lonely) process of writing into a community event, offering support and encouragement to be creative and just write.

The goal is focused primarily on word counts, and cheering each other on. NaNoWriMo doesn’t worry about quality, or anything, really. It’s simply a motivational tool to get people to write.

NaNoWriMo: Where this writer stands on day one

But, you’re a published author, and you’re still doing NaNoWriMo? Why, Keith? Why?

Turns out life has a funny way of doubling back on itself.

In all honesty, I’m participating in NaNoWriMo to give me something interesting to discuss this month for the MK Editing blog. That, and to push myself to write more fiction.

And I’m going to cheat a little bit…

At first, I planned to start something new. But the more I thought about it, the more I wanted to take advantage of this time to work on a novel I already had in progress. So, I began with 5k words already in my pocket, and after today, my total word count has come to 7,432.

Not bad for day one.

I am going to keep a daily tally of my progress and discuss how things are going in weekly installments. So watch this space!

Oh, and here’s an excerpt from what I wrote today:

The fire spat and blazed on the splintered pieces of furniture they fed it. Riley and David huddled together on the floor before it, eating crackers and peanut butter. Their father sat on the only chair left in the house, an old rocker that creaked alarmingly, mumbling to himself, a fresh, half-empty bottle hanging by its neck from one large and hairy hand.

“Where are we going to sleep tonight?”

Their father took another swallow from his bottle, exhaled loudly, and began absently biting his lower lip. He regarded Riley wearily. “Right where you are. You can use clothes from the duffle bag to make yourself a little nest.”

Riley looked around the tiny farmhouse. Besides the fireplace–a solid column of stone that looked as if it would always be standing–there wasn’t much to look at. The walls were covered in peeling wallpaper, curling like old parchment, and most of the windows had been shattered long ago. A few cabinets still clung to the walls where the kitchen must have been, but the range and everything else had been removed. The floorboards creaked and shifted, some missing, others they’d used to feed their fire. In his mind, he imagined how a strong wind might collapse its walls like playing cards in the towers David sometimes built when he was bored, or the entire structure lifted up and tossed like a cardboard box in the grass, leaving them out in the open, trembling and exposed.

He looked at his father. “How long are we going to be here?”

His father stared at him. “Come here.”

He pulled away from his brother and crossed the room. He stood looking down at his slumped father, enveloped in a cloud of sour sweat and whiskey breath.

With a lurch, his father threw his body forward. His hand not holding the bottle swung around.

Riley felt a sudden burst across the side of his head. He fell, tumbling to the floor. For a moment, his vision blackened, and then he could see pulsing spots. His head throbbed to the beat of those spots, flaring with warmth.

“You son of a bitch,” he heard David say.

There was a thump, a bellow of pain, sounds of a struggle.

Looking up from the floor, Riley could see his brother standing over the crumpled form of his father. He was breathing heavily, his fists clenched by his sides. Angrily, he snatched their father’s bottle up, turned it over, and held it until its contents had poured out over the floor. He tossed it into the corner where the kitchen had been, clattering across the uneven floorboards.

Their father groaned, but didn’t move.

David came to help Riley up. “Are you okay?”

David sighed. “He just needs to sleep it off. You know how he gets.”

Riley nodded against his brother’s chest.

“You’re cold. Come sit with me by the fire.”

David helped him to his feet, and together, they sat by the fire, his brother hugging him close.

“How much longer until morning?” Riley asked.

After a while, their father began to snore.

The Ultimate Guide to Failing NaNoWriMo 2022